Geo-Environmental has won it’s biggest project of the year so far with Thames Water.

Ed Newman, our Head of Rail Road and Utilities, pictured below left undertaking the initial site walkover on the Thames Water site proposed the creation of a dedicated team in 2016 to provide better focus on these market sectors, in a well constructed plan that he presented to board members.

Spin forward to the present day and the team have grown the Company’s presence in these sectors from 1% of Turnover to 16% of Turnover in the last two and a half years, repaying the confidence that the board had in Ed and his team. The team are well positioned on a number of frameworks and believe that this is the first of many big projects to come. 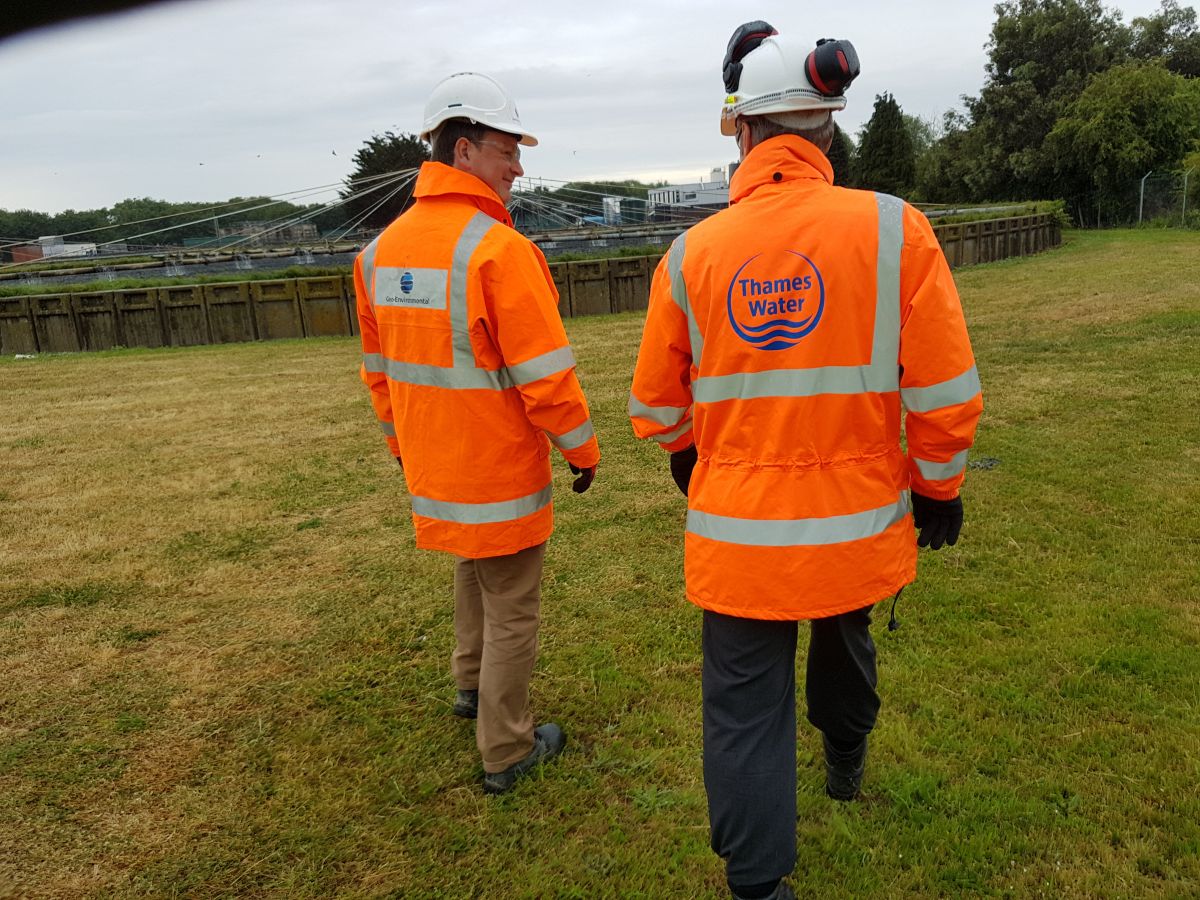 The utility company responsible for the public water supply and wastewater treatment in large parts of Greater London, Luton, the Thames Valley, Surrey, Gloucestershire, Wiltshire, Kent, and some other areas of the United Kingdom. They are the UK’s largest water and wastewater services company and supplying 2.6 billion litres (570 million imperial gallons) of drinking water per day, and treats 4.4 billion litres (970 million imperial gallons) of wastewater per day. Their 15 million customers comprise 27% of the UK population. Thames Water is responsible for a range of water management infrastructure projects including the Thames Water Ring Main around London; the Lee Tunnel; Europe’s largest wastewater treatment works and the UK’s first large-scale desalination plant, both at Beckton. Thames Water awarded Bazalgette Tunnel Ltd the contract to build the £4.2 billion London Tideway Tunnel  Infrastructure proposals by Thames Water include the proposed reservoir at Abingdon, Oxfordshire, which would be the largest enclosed or bunded reservoir in the UK. Source: wiki/ThamesWater