Geo-Environmental Services Limited is delighted to announce the addition of a new region (East Anglia) which is headed up by Jason Tilley. Jason has joined as Regional Director having previously run an office in Colchester for a multinational company. He is also joined by Senior Engineer, Chris Griffith, and they both will be able to see to your every need for any site investigation and geo-environmental and geotechnical consulting requirements.

The Company is currently going through its most successful phase as a business and the introduction of Jason and Chris introduces even more capability and experience to our operations, which have grown rapidly over the last two years. This shows our intent to continue the improvement of the services that we provide to our clients. 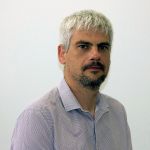 Jason has 30 years of experience and is originally from Colchester. He initially undertook his Engineering Degree at the University of Portsmouth before working in the Site Investigation Industry in the Midlands. He then obtained his Masters at Imperial College before working in consultancy for White Young Green, MLM and AERC.

Jason then made the move to the remediation sector and spent 18 years working as a Project Manager and Regional Manager for AIG and then subsequently Provectus Group taking responsibility for large profile demolition and remediation projects for many sectors including housing and commercial developments and direct for major landowners. He then spent the last 3 years running a regional office for Byrne Looby (formerly TerraConsult) successfully seeing the office through three consecutive years of its best growth. Jason also previously spent three years as a lecturer on the Civil Engineering FDSC and BEng courses at the University of Suffolk in Ipswich where he taught both foundation engineering and site investigation to budding new engineers.

Chris has previously worked with Jason at both Provectus and Byrne Looby, assisting him in running both site investigation and remediation projects. As such, Jason and Chris have developed a long standing, successful working relationship in delivering solutions for clients across various industry sectors. Chris also spent time at Byrne Looby running CQA Landfill projects. Her role is now assisting in the setting up and management of the new region including Project Management of contracts.

In addition, Chris has been promoting careers in the geosciences in schools and encouraging future diversity in the industry.